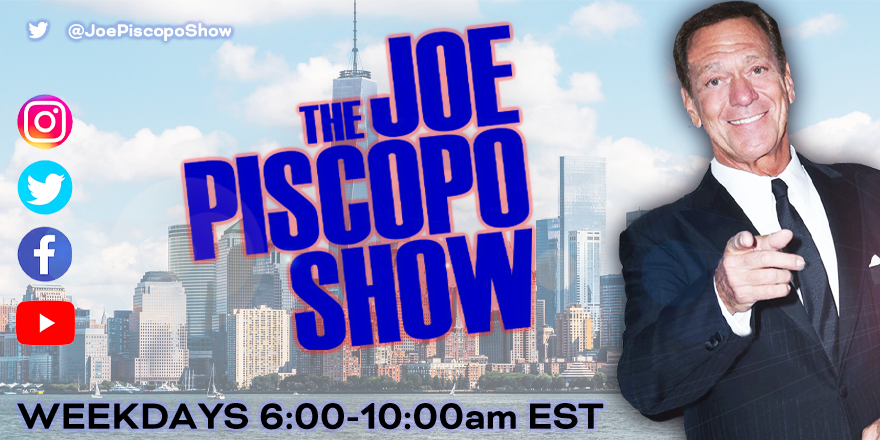 Television, film, theater, nightclub-they're all fields in which Joe Piscopo has won the acclaim and affection of millions. For over 25 years, Joe has proven to be one of show business- brightest lights. After stints as a disc jockey and dinner-theater performer, Joe turned to comedy. In 1980, he was chosen to join a newly formed ensemble charged with one of the most difficult tasks in TV history- Replacing the original cast of Saturday Night Live. By the time he left the show in 1985, Joe had left his mark on the program, and the nation, thanks to his wide range of hilarious original characters and celebrity impersonations, from The Sports Guy and Doug Whiner to David Letterman and, of course, Frank Sinatra, who repeatedly endorsed Joe's portrayal of him, referring to Joe as 'The Vice-Chairman of the Board.'

In January 1996, Joe conquered yet another realm when he starred on Broadway as disc jockey Vince Fontaine in Grease! (Ever the trouper, Joe insisted on performing opening night, despite conditions created by one of the worst blizzards in NYC history). And indeed, history was made as Grease! was the only Broadway show to open that night! Live performances have always been an important part of Joe's career. He has long been one of America's most popular comedy concert attractions, filling arenas and casino showrooms from coast to coast and in Canada. (Including the prestigious Montreal Jazz Festival!) Joe tours with his own original Big Band tribute to Frank Sinatra, as well as his multimedia comedy show.

Joe also pioneered some of the most innovative television commercials on the air. Starting with his unforgettable Miller Lite campaign to GNC, Bally's and even touting Ragu (with his Italian Mom's permission, of course!) Joe has also recently won acclaim for his dramatic guest-starring roles on the NBC drama, Law and Order. You might have also seen Joe as a guest on The FOX News Channel, or co-hosting The Columbus Day Parade each year in NYC with Maria Bartiromo or on The Late Show with David Letterman.

Although his unique talents are in constant demand from show business quarters, Joe devotes an extraordinary amount of time to non-profit and charitable activities. His willingness to perform at benefit functions knows no limits. Piscopo received the Volunteer of the Year Award from Big Brothers Big Sisters of Mercer County, NJ and was the keynote speaker at the Big Brothers Big Sisters National Conference in Chicago. In addition, Piscopo has received Community Service Awards from Boys and Girls Clubs in New Jersey and Broward Co., Fla. and is especially proud to have been recognized by Boy's Town of Italy in Rome.

As a result of this work, Piscopo started his own foundation called "The Positive Impact Foundation", creating positive media for at-risk youth including the syndicated television show for teens, "Positive Impact TV". This groundbreaking series mixes education and entertainment to reinforce positive behavior and lifestyles among at-risk youth from both urban and suburban backgrounds. And just this year, Joe has merged his foundation with the Boy's and Girl's Clubs of New Jersey and is their statewide spokesman.

Joe also was recently honored by the NYPD Columbia Association. Joe is especially proud to be honored by these heroes of 'New York's Finest! A proponent of the US Military Forces, Joe was honored to receive the Commendation Medal, the highest civilian award from the state of New Jersey. Joe has performed concerts for the NJ National Guard and the NJ WWII Memorial. Joe's Dad was a Major is the US Army Air Corp in the Second World War. Honoring his Parents and Grandparents, who emigrated to this country, Joe continued the legacy of his heritage by receiving the Ellis Island Medal of Honor.

Although Joe's impressive career and public service include several major accomplishments, he insists his proudest achievement of all is twice being named Father of the Year, in 1983 by the National Father's Day Council, and in 1989 by the New Jersey Council of Children's Rights. No matter how busy he may be, Joe always makes sure he has enough time at his New Jersey home, for his children, Joey (an impressive talent, in his own right!), and Alexandra, Michael, and Olivia.
Follow The Joe Piscopo Show on Twitter: @JoePiscopoShow and follow Joe Piscopo himself - @jrzyjoepiscopo